After completing the 40 illustrations for the first of the booklets I am co-authoring with Sylvia Haslam about the River Brue in Somerset (view some of them here), I felt I needed a little break from pen and ink drawings. So I turned to one of four canvases I drew out in 2015 and have been painting for the last few days. Not sure why, but oil painting seems to be a lot quicker than water colour painting! I have got on well with my little grey squirrels, but of course I now have to stop and go back to pen and ink for a while.

Here are some process pictures for your perusal. The aim of this series of four paintings is to depict the several colours of squirrel we now have in the UK, and the compositions are intended to show each group in their natural habitat. The greys are depicted, lifesize, in my little wild garden. In 2015 when I was collecting the resource data we regularly had three or four squirrels on the bird feeders at the same time. They became so greedy that we decided not to put out bird food for a couple of months which did the trick. We now get one, and at the most two greys at a time in the garden. This may also be due to the fact that neighbours had the beautiful beech tree at the bottom of our garden (not on our property) brutally lopped which left the squirrels with no place to build their dreys. They are clever little animals—and I thought that another name for this painting might be “The Immigrant Seed Knickers!”.  I hope you enjoy the progress pictures – and heaven knows when it will be completed. 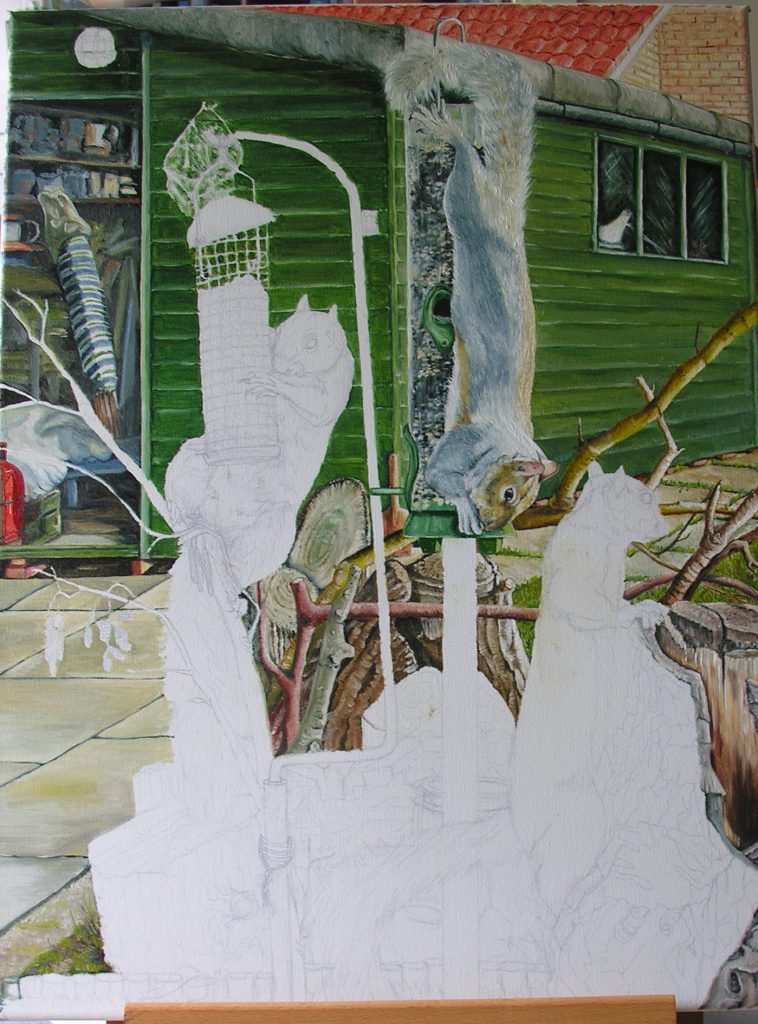 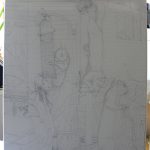 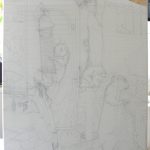 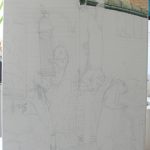 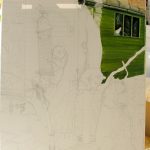 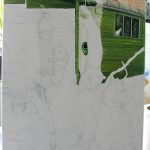 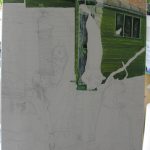 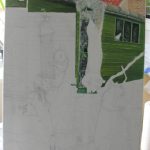 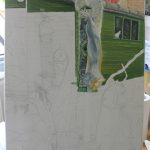 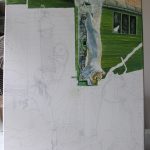 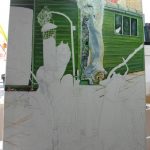 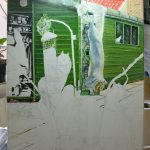 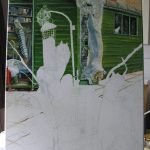 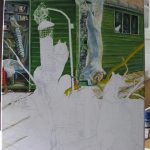 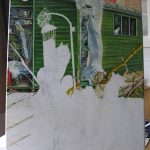 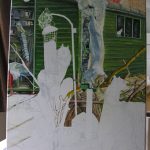 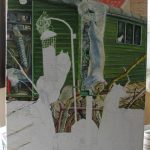 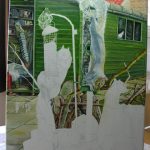