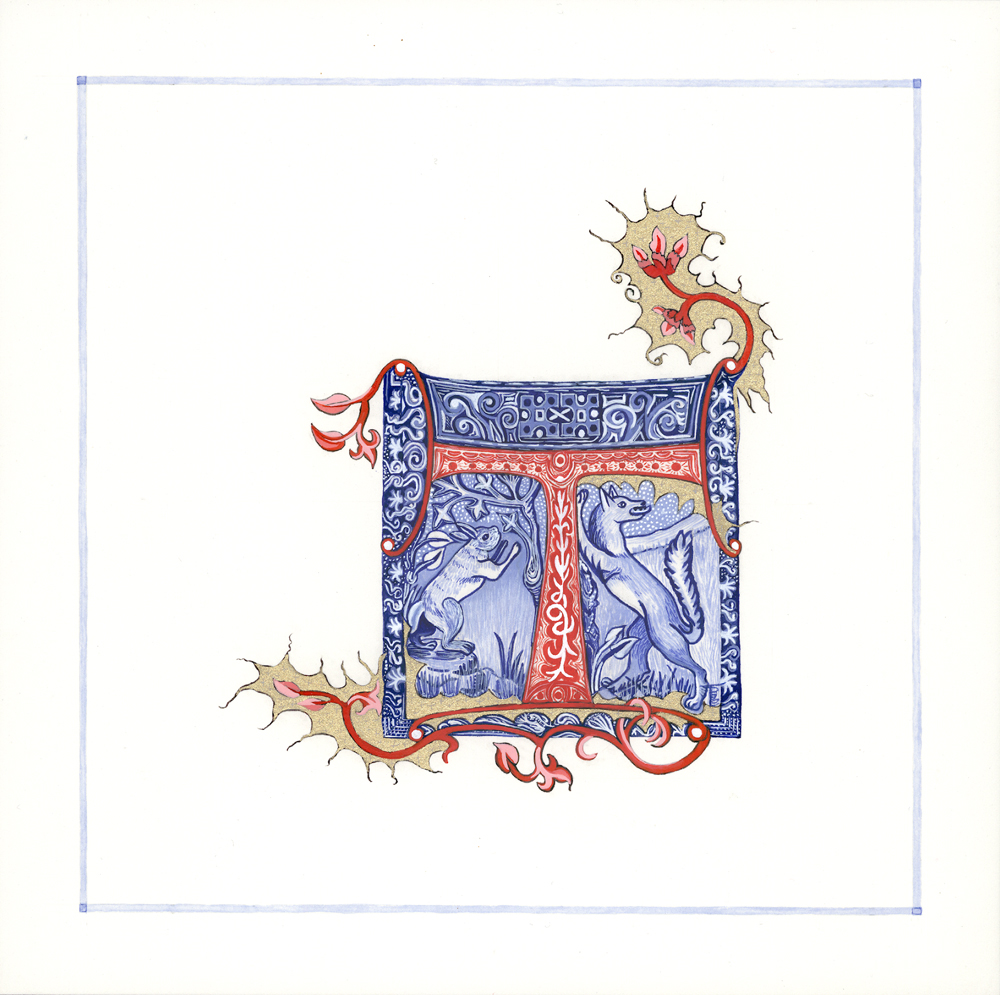 This is the first of three illuminations between April 2009 and July 2010, commissioned by the same person. This first letter was a grandson’s Christmas present. The artwork was a copy of an illuminated letter I had first done in March 2009 which the commissioner had seen and said she would like to commission an identical one. Fortunately, I had kept all the pencil tracings and design, so it was easy to use the tracings again and produce an almost exact match. (See also Artist Codes 1016 and 1018.)