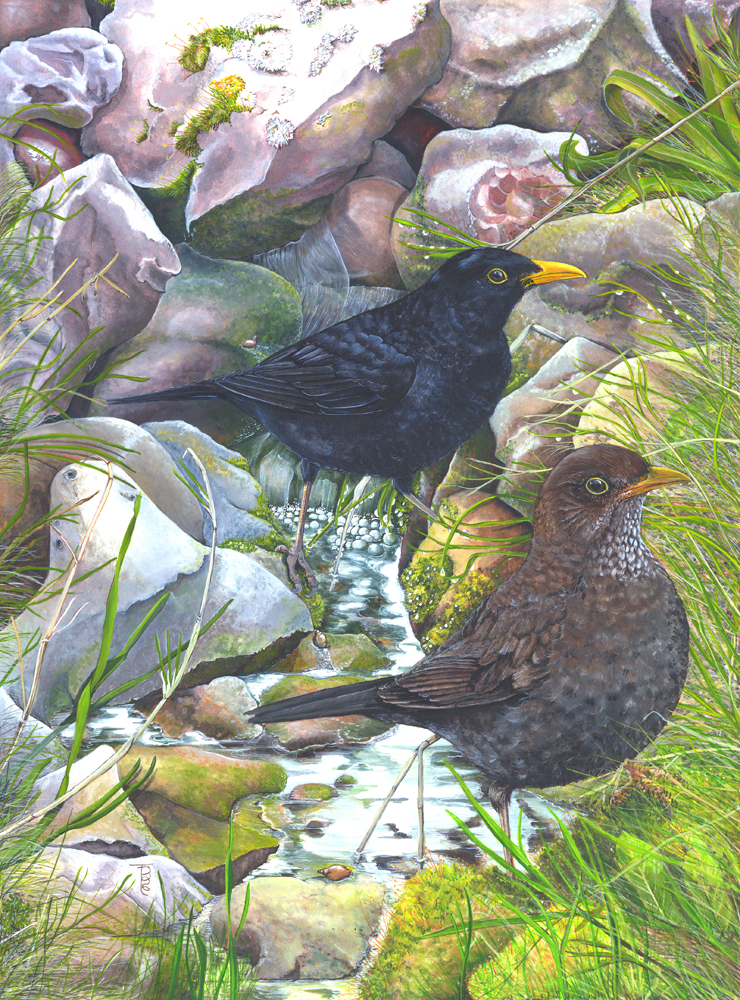 Blackbirds regularly danced about in my little stream on dewy mornings, and these two lovebirds nested nearby. They ferociouslyguarded their patch. The title of the painting is intended to lure the viewer in to the scene to find the three snails. This life size picture was painted as part of the design for my 2008 calendar called, “Best Dressed Birds in your Garden”, illustrating the page for the month of May. Since painting this picture using my own little wild garden stream as resource, in 2010 in place of the stream a vegetable patch appeared (husband!). Another little stream, extra little pond and a waterfall have now been built towards the bottom of the garden, as well as the planting of several trees (including holly, yew, mountain ash, larch, sweet chestnut, crab apple, gorse, horse chestnut and mulberry) in my new little wild patch measuring just 20ft x20ft. Hedgehogs, grass snakes, and many insects visit, and birds preen and dance in the water once again. However, in 2015, the water pump was turned off because a pregnant newt got stuck in it (though saved in the nick of time by turning off the pump, once I had spotted her) and we are now re-thinking the whole pond and stream theme yet again (2016)! On 31 May 2014 we had  a visit from a [wild] green parakeet (see Photograph below by my husband David, featured in the Cambridge Evening News, June 2014. The other photographs show some of the creatures who have visited my little wild garden).

By bubbling stream in morning dew,
The cock bird tries his love to woo
By showing off his feathers fine
and dancing with a love divine
But she with dappled bib of white,
Will make him wait another night! 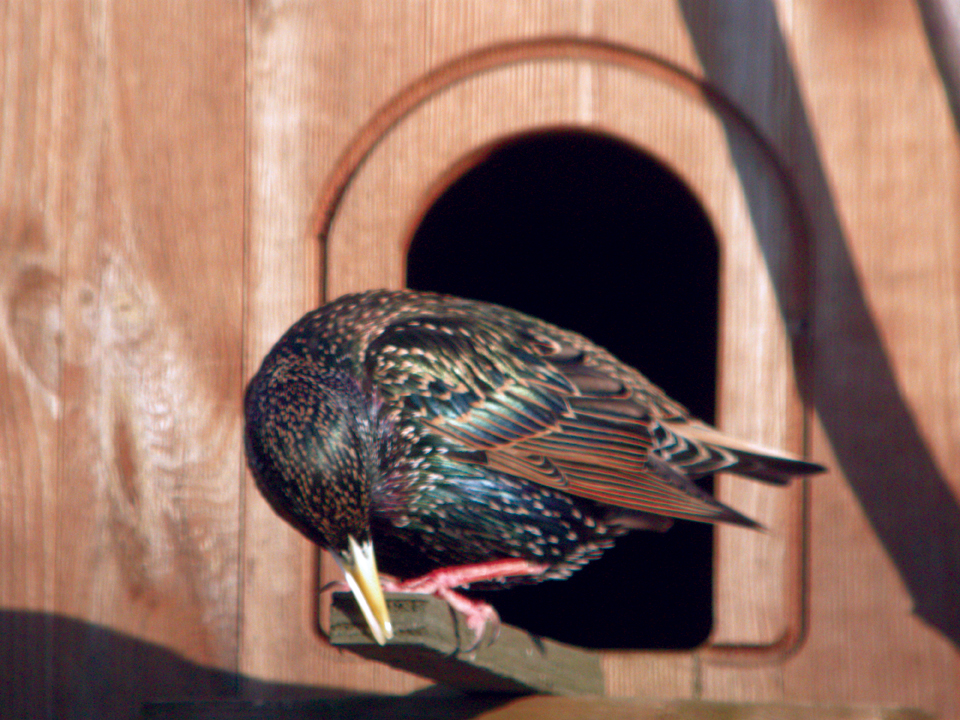 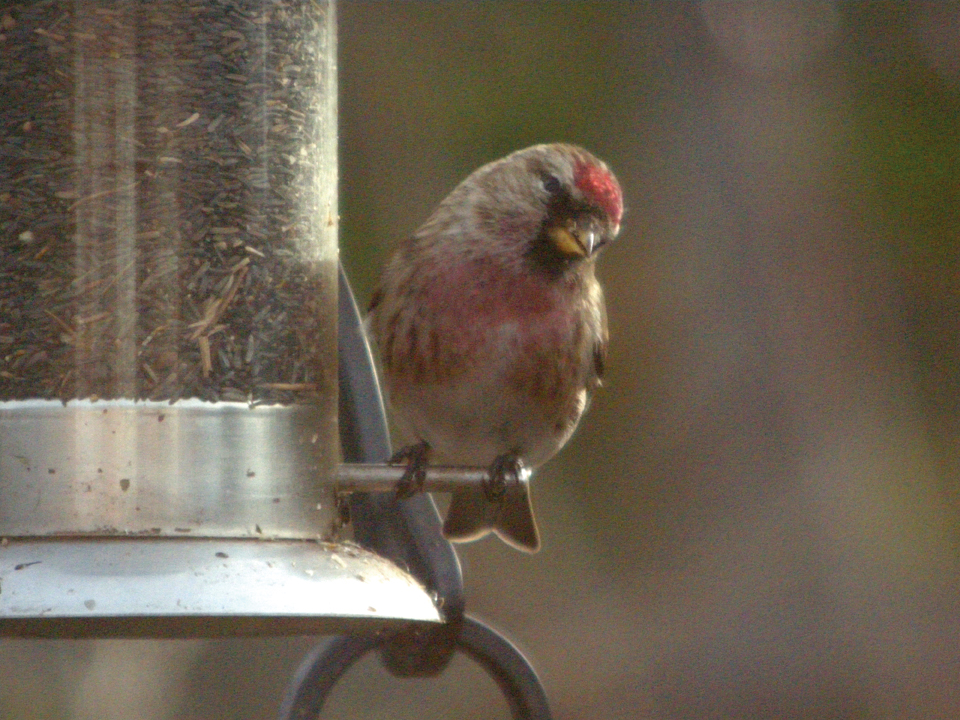 Visitor to the feeder in dead of winter: a Red Poll. This was a first for our garden (2014). They have not been back – yet. 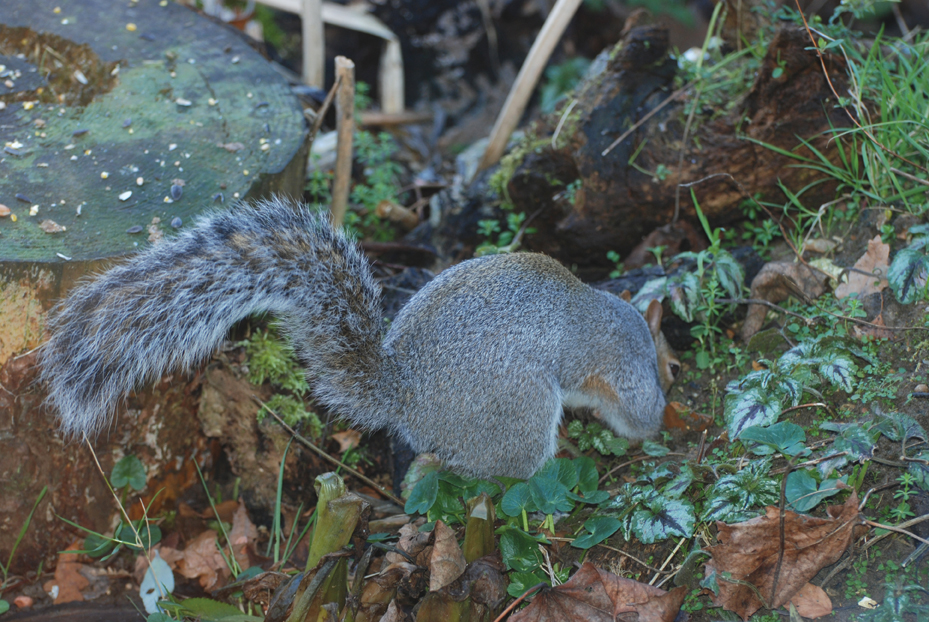 Grey squirrels always appear, even though a near-neighbour shoots them on sight! This grey one was very busy hiding his nuts amongst the rotting wood. 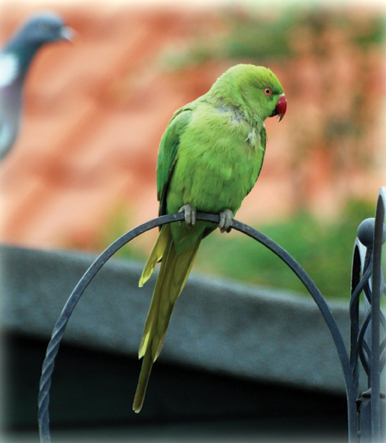 The [wild] green parakeet which my husband photographed whilst I was playing tennis, then made me guess what new bird had appeared in the garden. Of course I got it wrong! 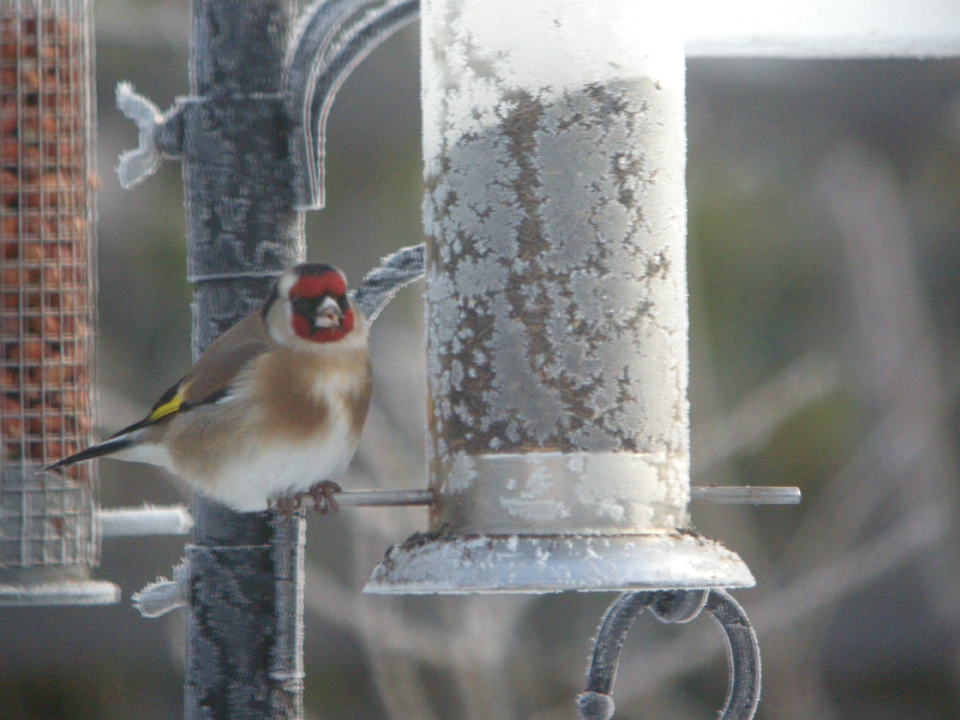 You can see the ice on this feeder, but fortunately the seeds were not too frozen and the birds (goldfinch here) were managing to extract the morsels. 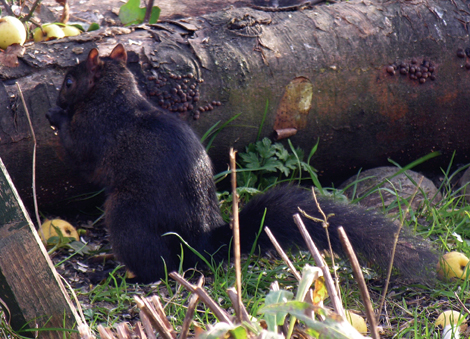 This black squirrel is now, sadly, in my ‘critters freezer’ and will be used for resource purposes because my near neighbour shot it. This little chap often dug up the nuts that the grey(s) had just buried!