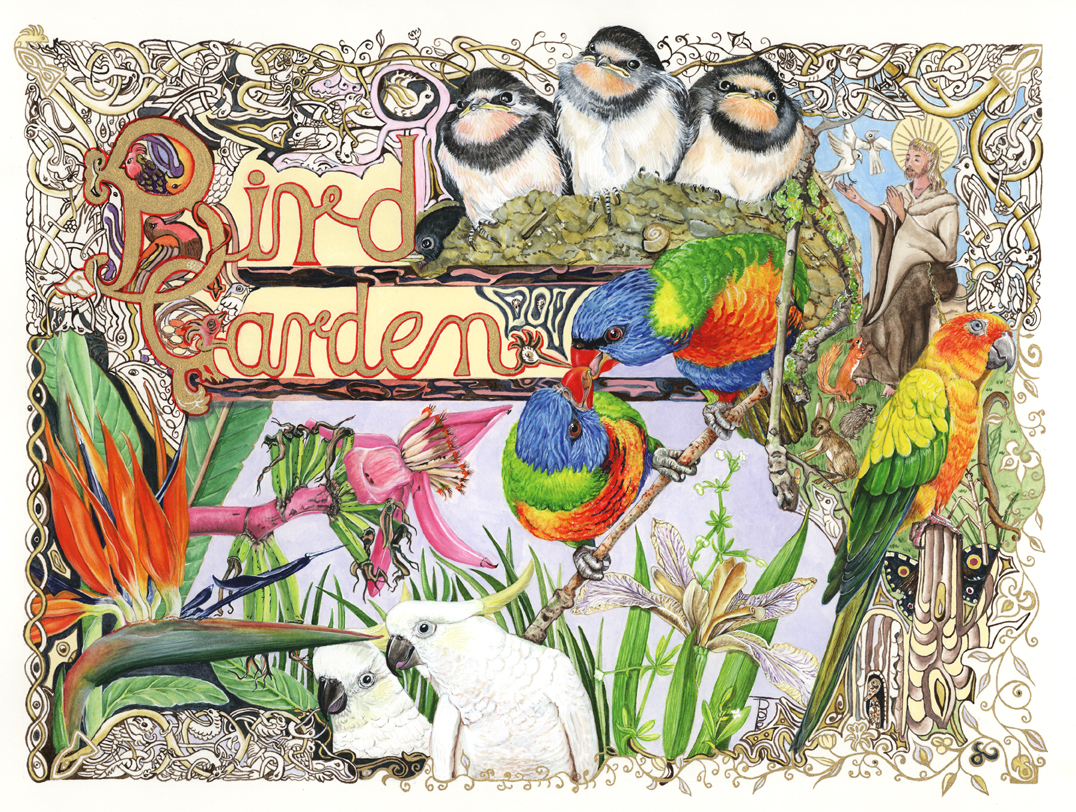 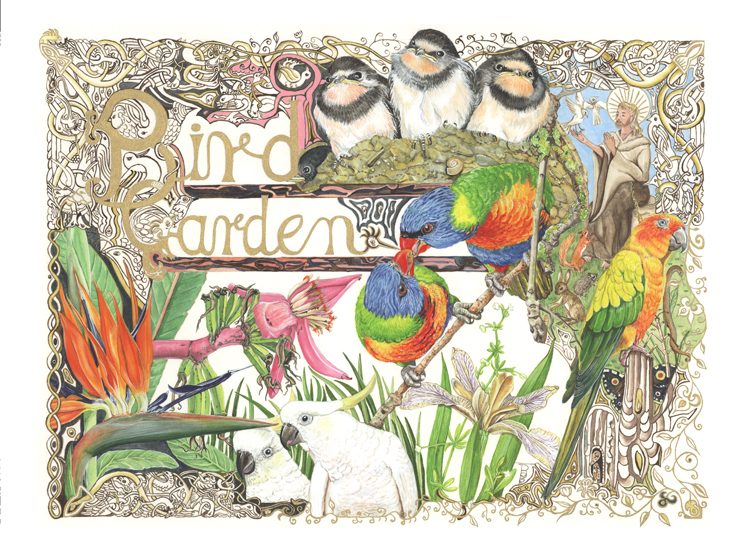 I thought I had finished this painting! 1609 Bird Garden Illuminary painting with metallic gold leaf – but see above.


My grateful thanks to Alison Gray, Events & Promotions Officer, Huntingdonshire District Council (2016) for sending me several beautiful photographs of various nature subjects, all of which she gave kind permission for me to use in any artwork. The little swallows in their nest at the top of this painting are drawn from one such photograph. Notice the snail shell in amongst the nest gubbins. I did not notice this until I actually started to paint the nest. Upon closer inspection it also contains little stones and sticks – very clever what birds can do with a bit of mud and spit!

I thought this picture would make a great jigsaw puzzle, along with an earlier illumination (Nature Garden). Both were made into 500-piece conventional jigsaw puzzles, and they both looked really amazing as well as being most difficult to piece together! Both puzzles have sold out.


After completion, or so I thought, I kept looking at my “Bird Garden” Illumination and felt that it needed a bit more colour behind the lower half elements (and perhaps even around the words “Bird Garden”. The previous two pictures in the series do not have so much white space, and I was suddenly not happy with all the white space in this one – around the lettering and in the body of the picture behind the lower bird of the kissing pair, the Stinking Iris and the Banana flower. So, on 23 January, I decided to fill it in and was much more pleased with it.

I began this painting nearly two years ago (July 2016). It was started at one of my 2016 July Open Studios in order to demonstrate the painting of fine filigree using dry metallic gold mixed with gum arabic to produce attractive patterns around an illuminary painting (one which tells a story); this is slightly different to the usual illuminated letters I design and paint. As usual, I ran out of time to complete it so it was tucked away for completion another day. After a year’s sabbatical during 2017, I needed to exercise my artwork hand and mind, and this painting lent itself to further attention as the drawing was very detailed which meant that painting it would come very easily – which it did, and thoroughly enjoyable it was too!