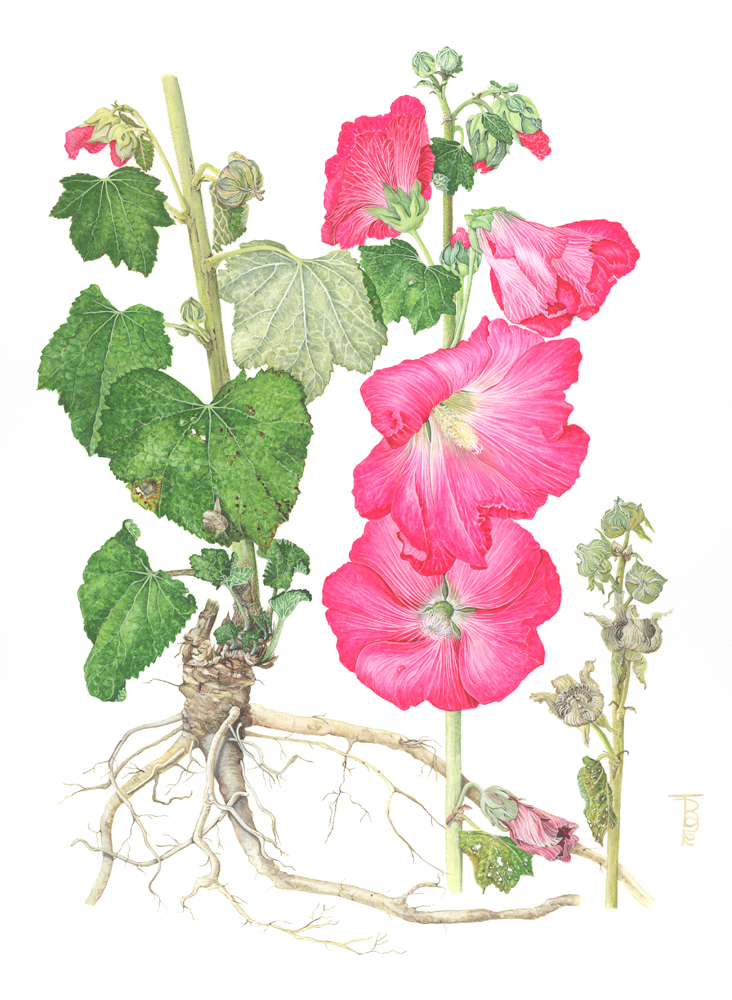 This is number one of four water colour artworks specially painted for the first Society of Botanical Artist’s ‘Arts Butanical’ Exhibition at the Luton Hoo Walled Garden, Luton Hoo, Bedfordshire LU1 4LF. Described as an exhibition by twenty-two of the UK’s leading contemporary botanical artists, the artworks were inspired by the records of the 3rd Earl of Bute, eighteenth century patron of the arts and founder of the Luton Hoo Walled Garden. On Friday 1st November at 7.00pm there was a talk given by Maureen Lazarus, Honorary Research Fellow from the department of Biodiversity, National Museum of Wales, Cardiff. The History was that in 1785, John Stuart, 3rd Earl of Bute, a courtier, politician, patron of the arts and sciences, and enthusiastic botanist, decided to record his own botanical ideas. In the face of the new Linnean system of classification, Lord Bute published his ‘Botanical Tables’ in 12 sets of 9 volumes stating that the tables were ‘composed solely for the amusement of the fair sex.’ My grateful thanks to Jenny and Peter Brown for pulling up their lovely hollyhocks so that I could draw the whole plant.

My usual source of specimens live,
In Alan’s garden boldly thrive,
Of hollyhock there was no sign,
I had to paint a study fine.
So Alan looked both far and wide,
And by the hedge the other side,
Near privet bushes nicely growing,
In Peter’s garden in breezes blowing,
This splendid Alcea so rosy pink,
Over driveway which made him think:
“Our artist friend can have all this –
By plants enraptured; she is in bliss”.
So up it came with root and all,
No longer was it growing tall,
So Alan came back through the gap,
Before the plant lost all its sap,
And proudly brought it back to me,
“There, paint this one”, he said with glee.
(What fantastic neighbours!)