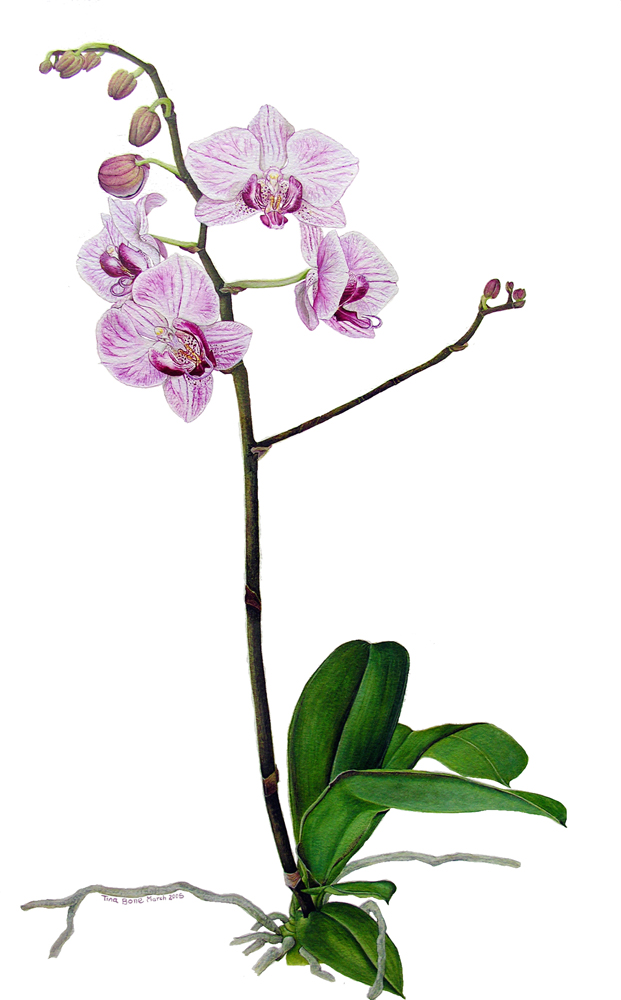 I love orchids, so on a shopping trip to M&S one of my closest friends spotted this one and thought I might like to paint it. The result was described in a featured article in the local newspaper as “a gift from a friend, immortalised in print”. One of my neighbours grows orchids and as the plant’s life began to ebb away, I decided it was time to donate it to his collection, where it is now flourishing.

Carolus Linnaeus, in his day,
Wrote ‘Phalaenopsis’, and then would say
‘The species resembles big moths in flight’,
Angled blooms so sweet and light
Sometimes called a Moth Orchid,
A tantalizing pink hybrid