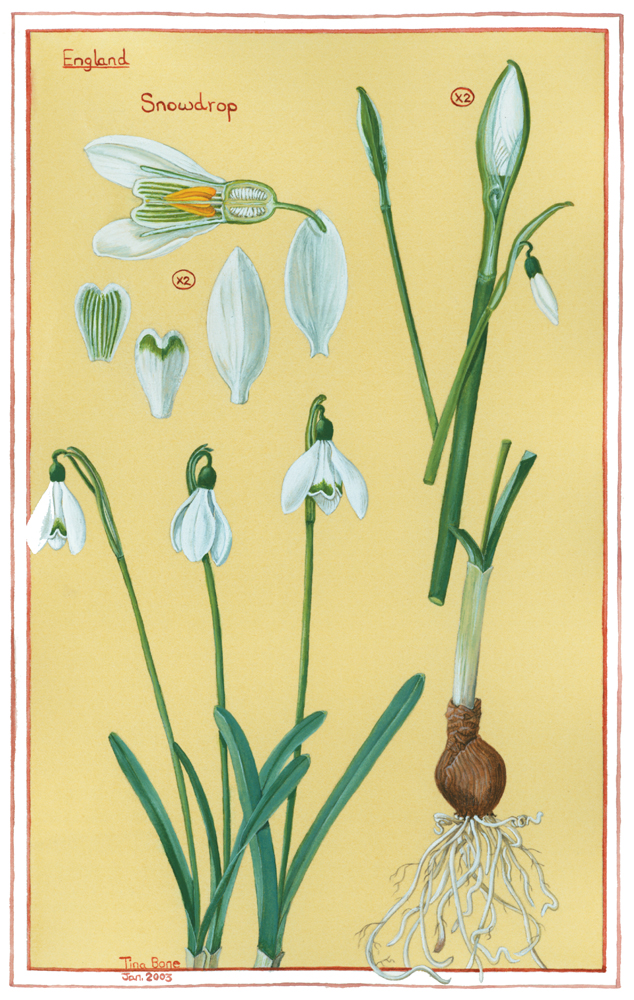 I was so taken with the subtle, simple beauty of a snowdrop that I had to reproduce it, with cross-sections and bulb. Some aspects were enlarged to show off the otherwise unapparent “delicacies” of the plant. This was the very first painting I thought would go nicely as January in my new calendar idea. However, I realized later that all the other pictures were not ‘botanical’, so this one looked out of place in the initial design. However, with a bit of computer ‘wizardry’ I made it look like a lovely bunch of snowdrops.

So little sun to light the day—
January so cold and bleak.
The wind blows cold you cannot speak.
But Nature always has her way,
as shining from the darkest day,
lovely little snowdrops peak.

And another, in the language of flowers:

THE FLOWER OF HOPE
A little wren flits here and there
She weaves amongst black branches bare
Through wintry cloud and gloomy day
She scuttles downwards on her way
Amongst the snowdrops bringing hope
A morsel finds then she can cope. 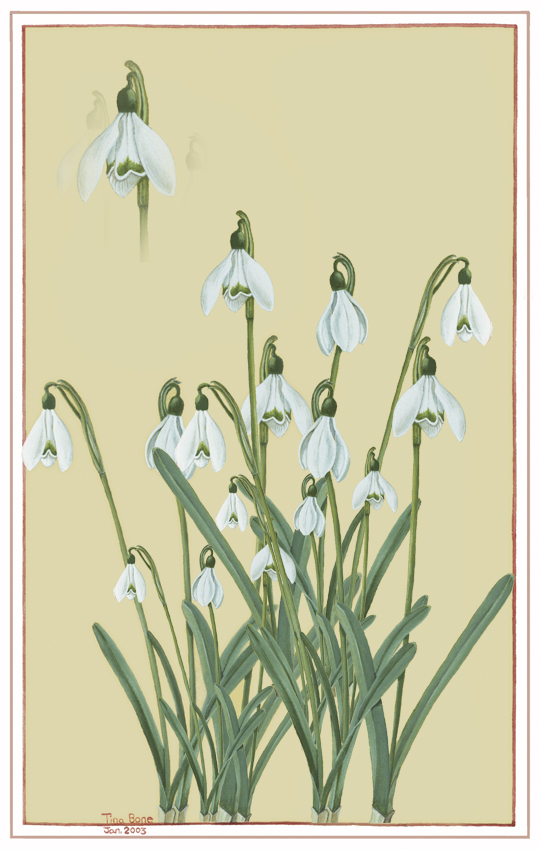