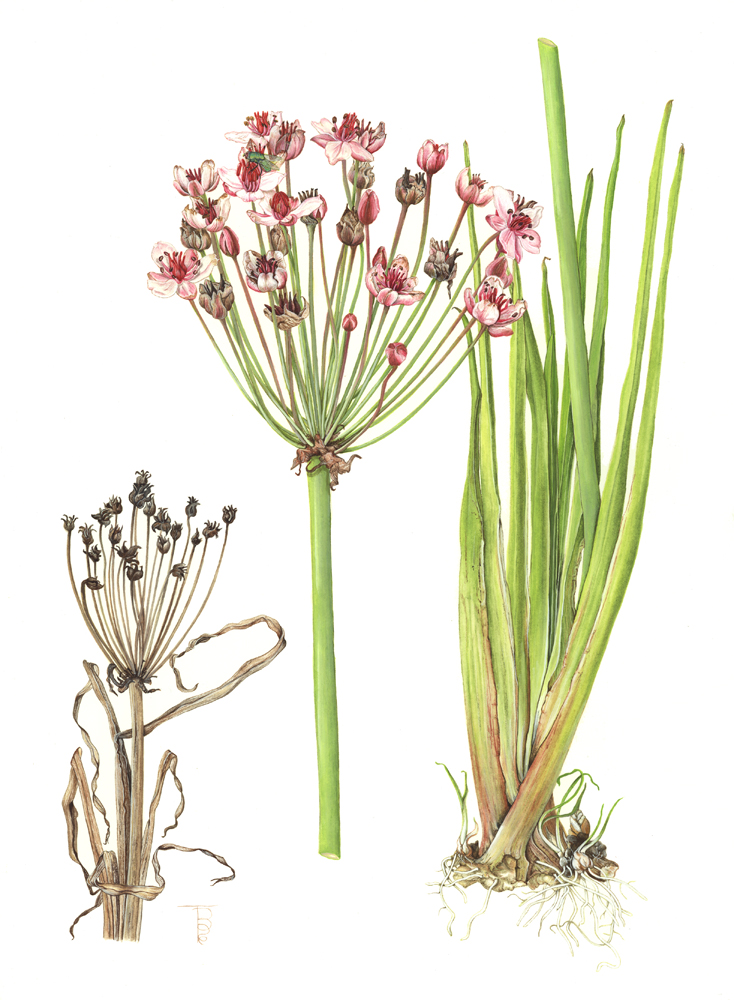 This is number two of four water colour artworks specially painted for the first Society of Botanical Artist’s ‘Arts Butanical’ Exhibition at the Luton Hoo Walled Garden, Luton Hoo, Bedfordshire LU1 4LF. Described as an exhibition by twenty-two of the UK’s leading contemporary botanical artists, the artworks were inspired by the records of the 3rd Earl of Bute, eighteenth century patron of the arts and founder of the Luton Hoo Walled Garden. On Friday 1st November at 7.00pm there was a talk given by Maureen Lazarus, Honorary Research Fellow from the department of Biodiversity, National Museum of Wales, Cardiff. The History was that in 1785, John Stuart, 3rd Earl of Bute, a courtier, politician, patron of the arts and sciences, and enthusiastic botanist, decided to record his own botanical ideas. In the face of the new Linnean system of classification, Lord Bute published his ‘Botanical Tables’ in 12 sets of 9 volumes stating that the tables were ‘composed solely for the amusement of the fair sex.’

Butomus umbellatus is a flowering plant loved by hoverflies and butterflies in summer. It is a British native aquatic plant with triangular-shape leaves and pink flowers in umbels on tall stems. It grows to a height of between 60 and 90cm (24″ – 36″). The plant flowers June to July and grows from a rhizome (a clumpy-shape bulb with an irregular surface) in thick muddy substrate. Although this plant is called a Flowering “Rush” it is not really of the rush family, but sits in its own family called “Butomaceae”.

There are many riparian pinky flowers
That can please an artist for many hours
When first I saw the Flowering Rush
I thought the flowers would easily crush
‘Cause naughty me, with slight of hand
Absconded with it home to paint
Botanical study, very quaint.
But wasted not the plant when done
As in my little pond, for fun
I placed some seeds and a bit of root
And in the spring I saw a shoot.
Although displaced, this dainty petal,
Lives in new tides in fine fettle.