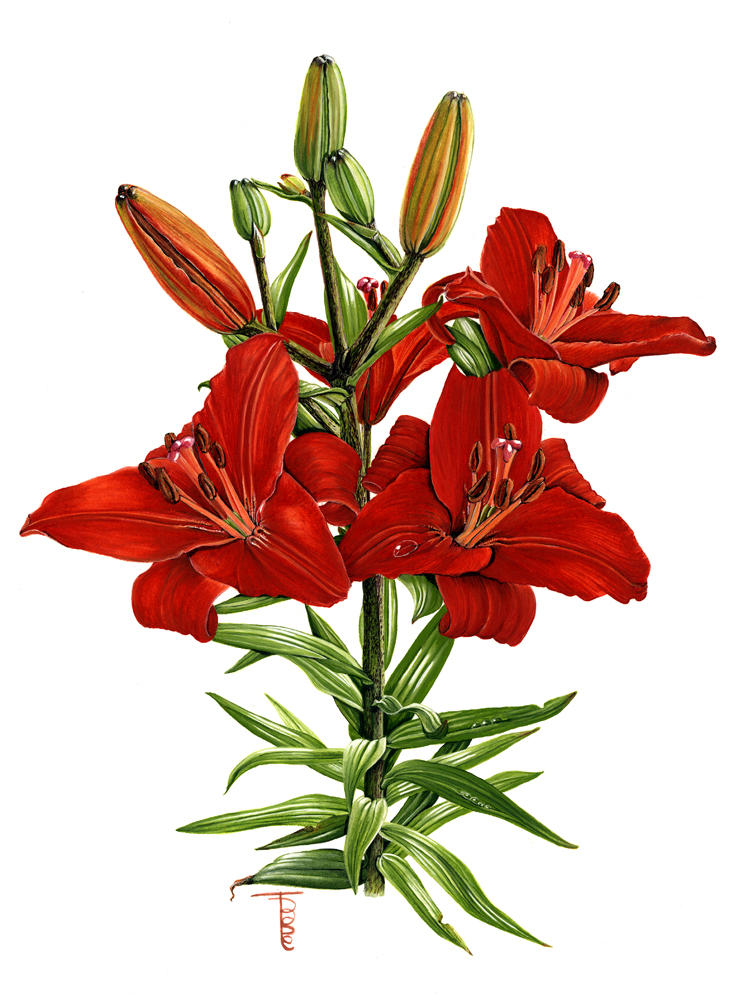 This is the fifth of five paintings submitted to the Society of Botanical Artists in the second year of application to gain Membership. (The criteria is five paintings accepted for the annual open exhibition, two years’running, i.e. 10 paintings accepted over two successive years. View the first year’s paintings: Artist Codes: 0806, 0805, 0804, 0803, 0802) Number five in the series, all picked (with permission of course) from my neighbour’s lovely garden, composed to show the character of each plant and to demonstrate the wonderful colours and textures of lily flowers and leaves. (For other four lily pictures, see Artist Codes: 0812, 0811, 0810, 0809) 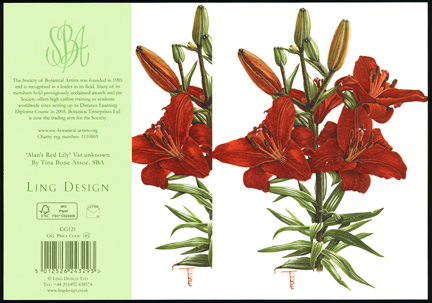 This lily had the good fortune to be chosen as one of the 16 designs to be produced by Ling Design on behalf of the Society of Botanical Artists for three years from April 2011 to April 2014.  Email received from the SBA, received early December 2010:

Congratulations your red lily has been selected as part of the SBA range.” (Ling Design—Publishers of Greetings Cards and Stationery.)

Cards and notelets were available via Moonpig.com, Ling Design (wholesale) and at the Society of Botanical Artists Annual Exhibitions 2011–2014.

Red Lily, var. unknown was renamed ‘Alan’s Red Lily, var. unknown’ by Ling Design because it came from my lovely neighbour, Alan. He had lots of different coloured lilies growing that year which proved most useful for my five-painting project to gain membership to the SBA.