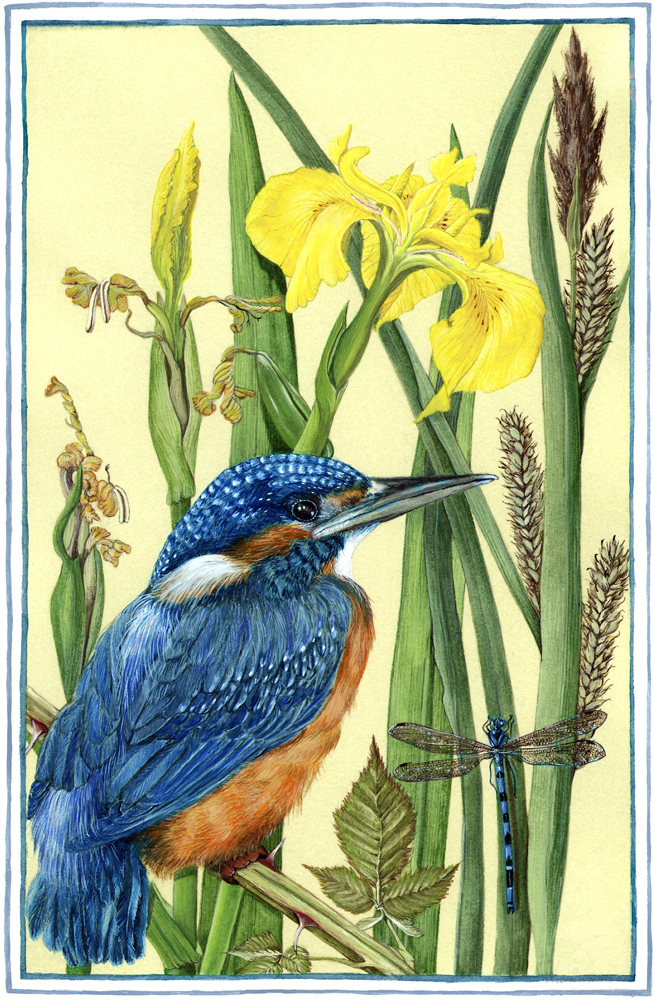 Selected for and SOLD at the National Exhibition of Wildlife Art (NEWA), August 2008.

The kingfisher dashed passed whilst I was enjoying the sun in my little wild garden, he rested fleetingly on a bramble near my tiny wild pond (no fish), then whirled away out of sight. I sat wondering whether I had really just seen that! It has been back several times, but usually to my neighbour’s (much bigger—huge) pond with fish, but still flies occasionally through my garden, and probably has a fleeting rest when I am not looking.

Of the twelve calendar pictures produced, this was my favourite and, when I decided to become a professional artist in March 2005, I used the kingfisher in my logo design.

A fleeting rest, kingfisher blue,
amongst the brambles, out of view.
Yellow flags rise tall and bright,
as dazzling damselfly so light,
flits amongst the leaves of sedge,
and other plants by water’s edge.
With tinselled spots upon his crown,
and iridescent feathered down
This splendid bird with beak of might,
Sits on his perch with eagle’s sight
He plunges suddenly with speed,
And catches fish amongst the reed.