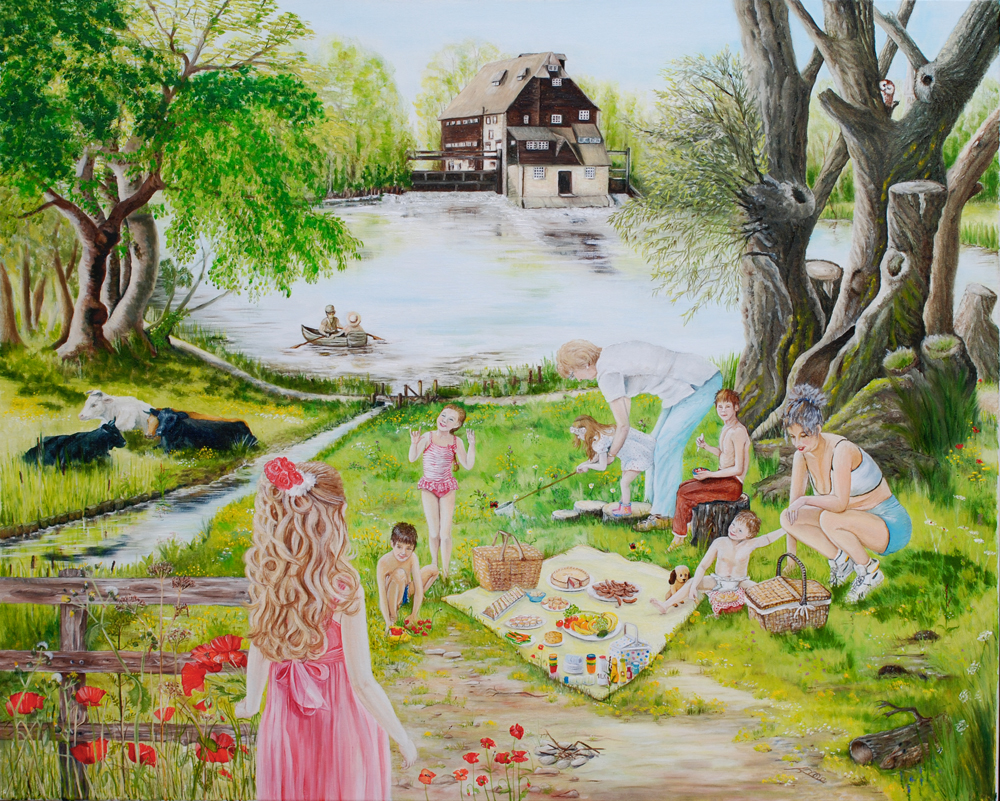 Commissioned from Australia. The brief received for this commission was to paint a typical English Country Scene. But it had to include an iconic building, a lake, trees, cows, meadows, a river, and people having a picnic. After taking many photographs on my travels up and down the country to find a ‘typical’ country scene, I realised that no such real picture exists (‘typical English’ to many minds is many things!) and to epitomize such a picture required delicate forethought and imagination. I had painted the Mill at Houghton several times on commission, and found several very old resource photographs of it, after deciding to use it as a backdrop to my picnickers having a great time. I sorted through thousands of family photographs to find people in different poses, and used these to produce the figures in my sketch, trying very hard not to show any resemblance to faces. The sketch was approved without any amendments, and so the final painting emerged as you see it here. The commissioner came to the UK and visited my Open Studio in July 2014 and was absolutely thrilled with it. The painting was eventually shipped to Australia in October 2014.