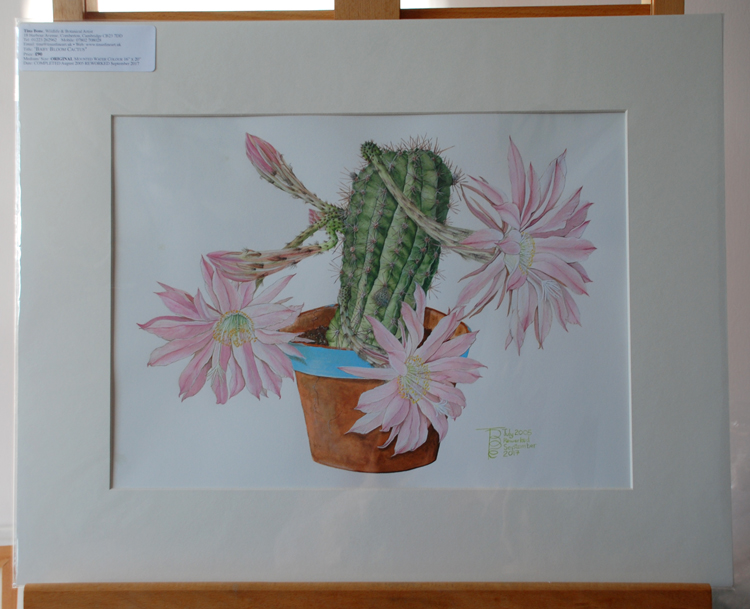 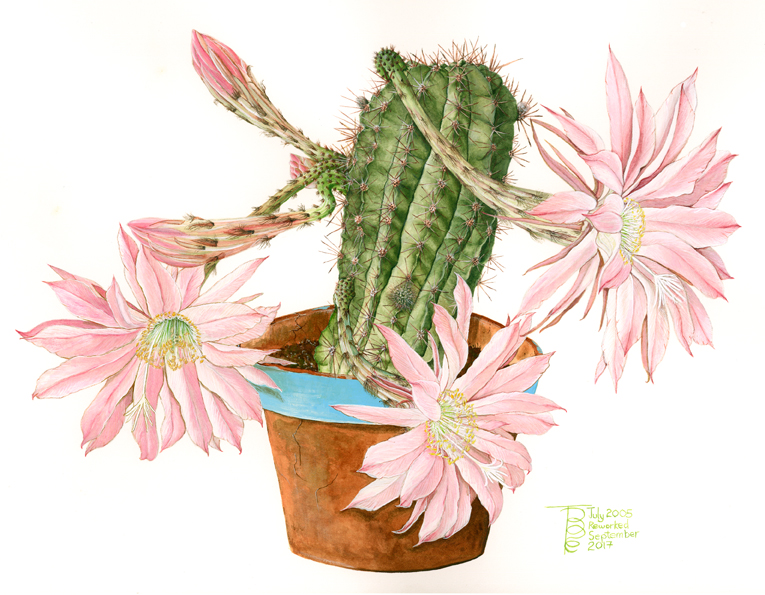 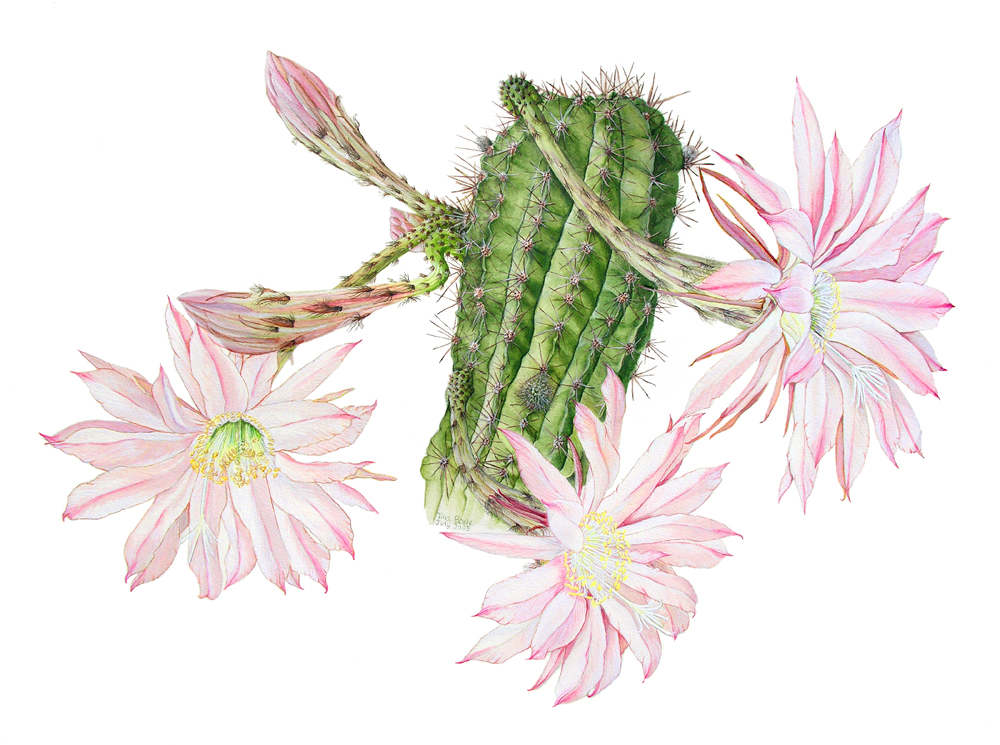 The “Mummy” of this “Baby” cactus stands about 24” high and is about 30 years old. I have given it to my lovely neighbour, Alan, because it was getting much too big for my office window ledge. The “Baby” in the painting was one of many babies which kept growing from the parent and which I periodically removed.

This baby was about half an inch tall when it was plucked from its Mother’s sustaining body and I decided to plant it in a little pot on its own. Suddenly, in July 2005 at the age of five and in the space of three days, this five-inch tall cactus burst into seven blooms, so of course I just had to get it onto paper.

The aroma from these flowers is quite striking and invades nostrils upon entering the studio. I worked on the painting solidly during the three days that the flowers were blooming and then as quickly as they had come; they went!