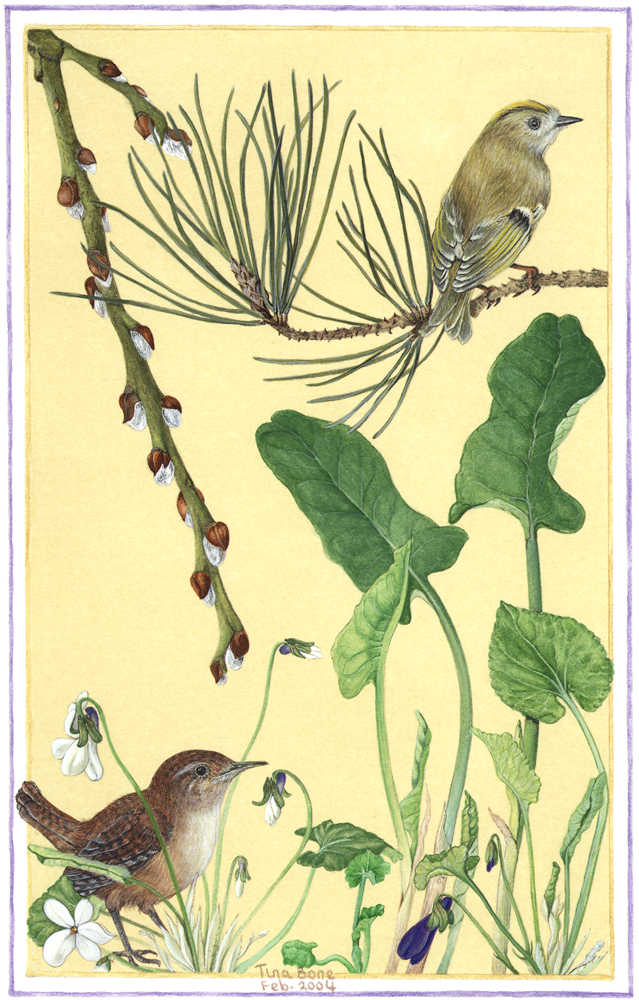 SOLD to private collector May 2010

I was playing golf at Bourn Golf Club and saw a goldcrest. So with camera and sketch pad in hand I ventured next day back to the spot where I had seen it. The bird let me get very close; as did the little wren who lives in and around my little wild garden.

Winter’s grip begins to fail.
Sprouts of cuckoo pint, so pale.
Silver shines from willow branch.
A wren flits searching for her lunch,
amid the violets’ timid bud,
as goldcrest watches from above.