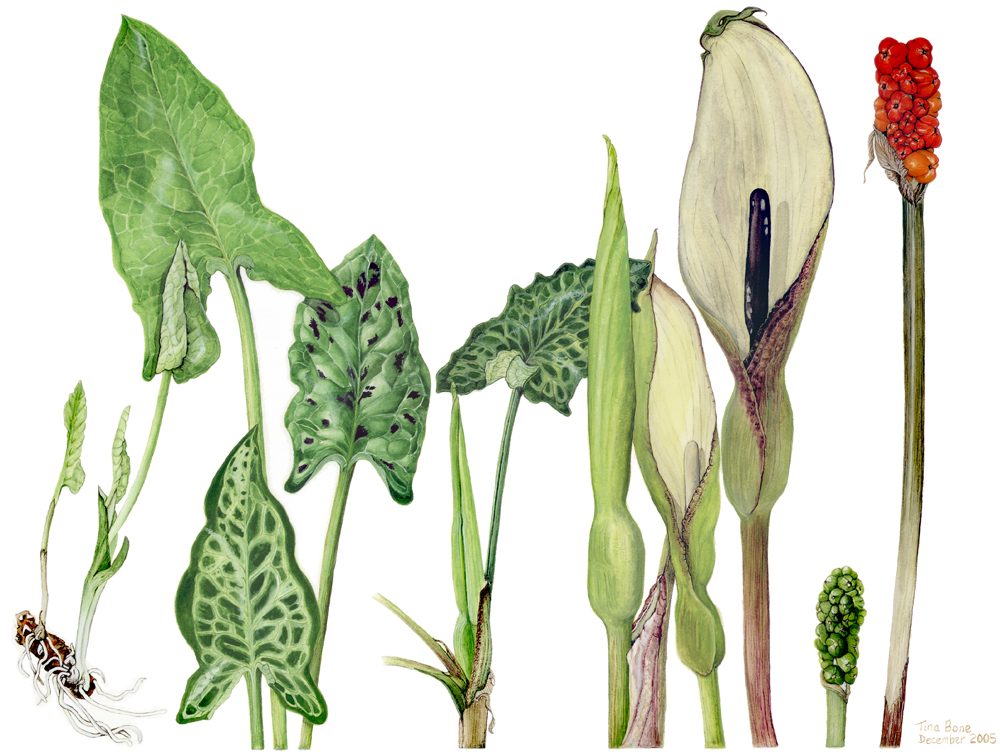 Cuckoo Pint, Lords and Ladies, Arum maculatum. A long, slender stick of bright red berries (which I later discovered to be extremely poisonous!) was snuggling beneath a hedge whilst I was walking in Derbyshire in 2003. A picture of the growth stages [story] of the plant leapt into my head as I plucked the stem. I carried it a further four miles to my caravan base and kept it in the fridge for the next week in the hope that it would not fade before I had time to paint it at home. I realised I would have to paint the picture from right to left on the paper, as in my hand was the end product rather than the beginning. It took nearly two years to complete!