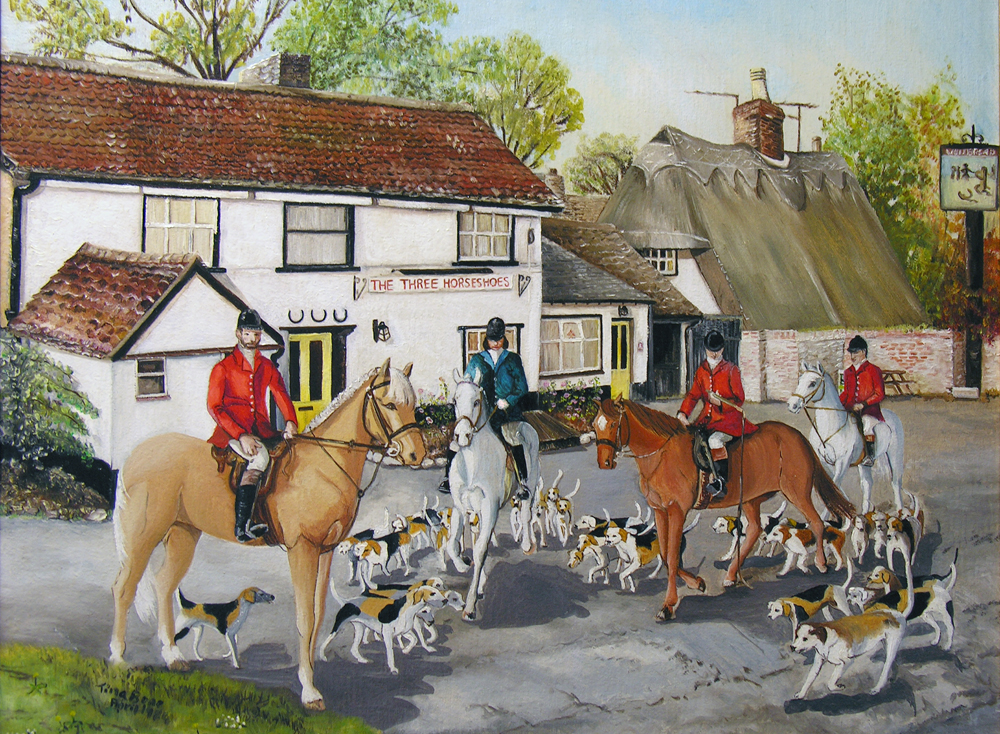 0014 The Last Hunt (The Three Horseshoes Pub, Comberton, showing the final Cambridgeshire Hunt Meeting at the pub in 1984) COMMISSIONED November 1983

SOLD to original commissioner in 1984; RE-SOLD from my website in July 2013 to private collector in Australia.

Although commissioned by the landlady of the Three Horseshoes Public House, Comberton, near Cambridge in late 1983, for reasons unknown this painting lay in storage, unframed, until late 2003. In 1984, a print had been produced to hang in the pub and the original went with the commissioner when she left the pub. The painting (still in new condition) was returned to the artist late in 2003. It was then framed and put back into storage. The commission commemorated the final Meeting of the Cambridgeshire Hunt at the pub, and is historic in that the ‘Shoes’ (as it is affectionately known by the locals) has altered somewhat since 1984.

“Ablast from the past”—whilst sifting through some old papers I discovered a newspaper clipping of a pen and ink study I had produced for the first oil painting commission of the pub (this is the fourth painting I have done of it), published by the Cambridge Evening News in September 1979!

Preliminary Sketch as published by the Cambridge Evening News

This is the second painting of the four of this scene. Painted in 1981; the first one being in 1979.