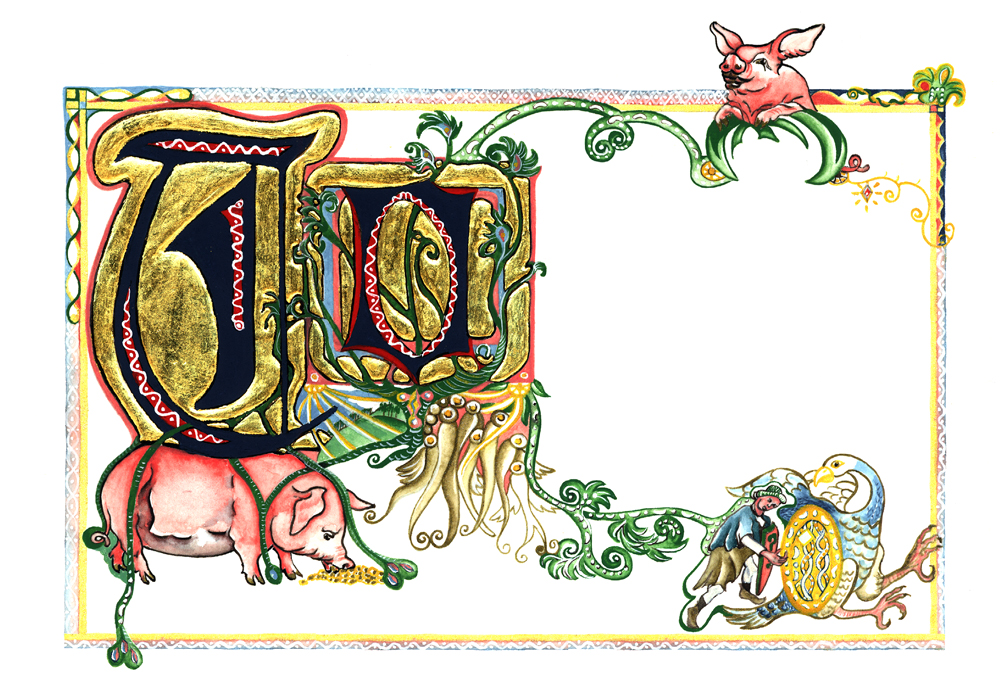 Private commission which has to remain secret. Remit was to produce an illuminated poem in the style of the very beautiful Aberdeen Bestiary. Pages from the Bestiary can be viewed here. This partly shown artwork can be viewed as a little exercise in gold leaf and design, following a traditional manuscript outline. As I am unable to perform calligraphy with any dignity, I mentioned to the commissioner that I would have to write, or rather, draw the letters with a paintbrush rather than use the traditional pen and ink method. The final result was much better than I thought it would be, and the commissioner was very pleased with it.