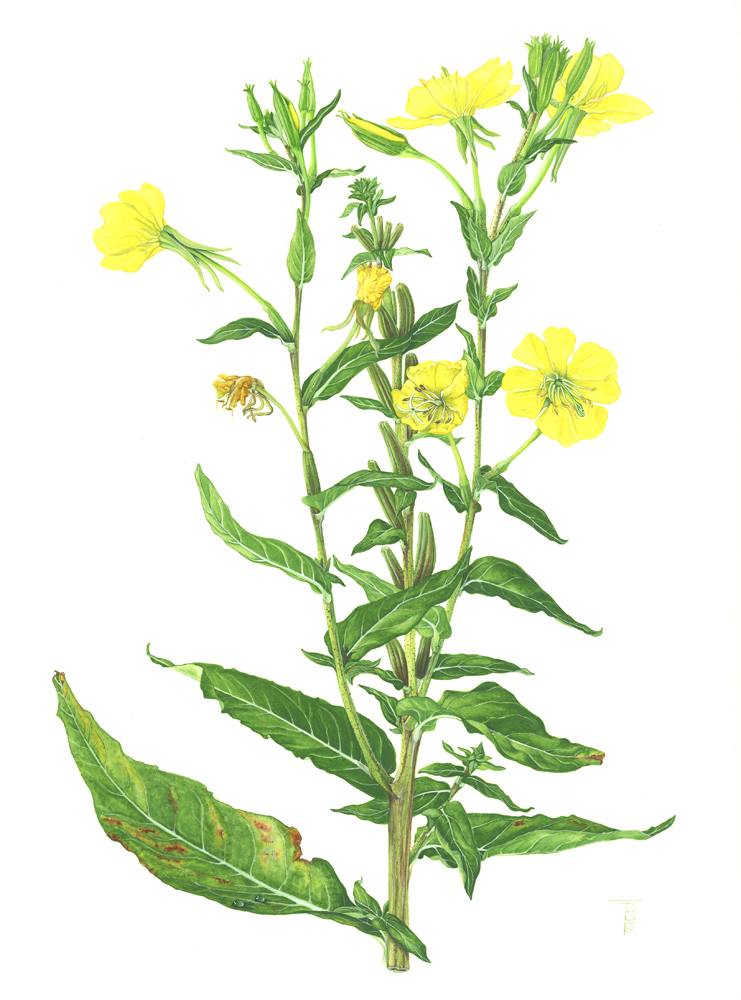 This is number three of four water colour artworks specially painted for the first Society of Botanical Artist’s ‘Arts Butanical’ Exhibition at the Luton Hoo Walled Garden, Luton Hoo, Bedfordshire LU1 4LF. Described as an exhibition by twenty-two of the UK’s leading contemporary botanical artists, the artworks were inspired by the records of the 3rd Earl of Bute, eighteenth century patron of the arts and founder of the Luton Hoo Walled Garden. On Friday 1st November at 7.00pm there was a talk given by Maureen Lazarus, Honorary Research Fellow from the department of Biodiversity, National Museum of Wales, Cardiff. The History was that in 1785, John Stuart, 3rd Earl of Bute, a courtier, politician, patron of the arts and sciences, and enthusiastic botanist, decided to record his own botanical ideas. In the face of the new Linnean system of classification, Lord Bute published his ‘Botanical Tables’ in 12 sets of 9 volumes stating that the tables were ‘composed solely for the amusement of the fair sex.’

Many thanks to my always-flower-supplier, my lovely neighbour Alan, for allowing me to pick his plant. An interesting exercise was that the plant came into flower too early for me to paint it (I was still painting the flowering rush (Artist Code 1305) and hollyhock (Artist Code 1304) so I gave it a quick-freeze to see what would happen. The colours of the flowers and leaves stayed perfect—but for about an hour only after they were removed from the freezer, but plenty of time for me to mix the right colours before they went a nasty black/brown colour!

Evening Primrose has many a use
Its petals, not leaves, are very obtuse,
The lemon yellow, simple blooms,
Can swiftly ease some pains and glooms.
Disease of heart, womb, stomach and breast,
Though its fragrant oil is much the best,
It pales your troubles with just a few drops,
In to your bath water with little plops.
Then snuggle under suds galore,
Your pains will ease, you can feel quite sure,
That when the world is getting you down,
A whiff of oil takes away that frown,
A gentle plant with not much glamour,
But a force for good in a gentle manner