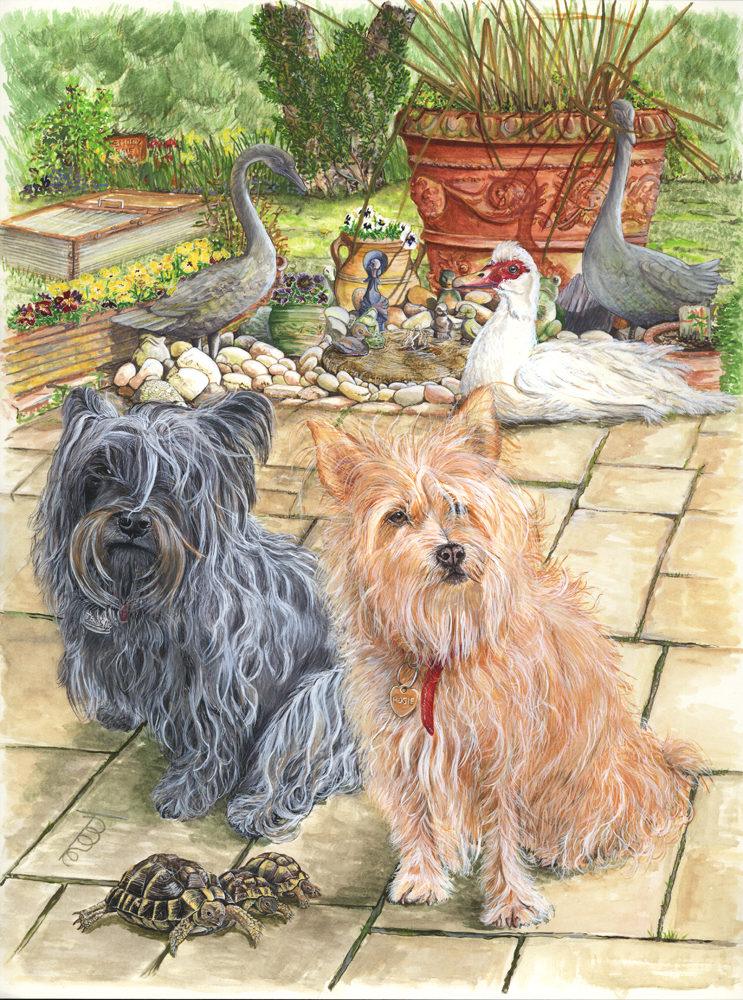 The remit for this commissioned artwork was to paint a portrait of the dogs, but also to include the other pets and the special garden feature where sits the “Stone  menagerie”. The other pets initially included three tortoises, one muscovy duck and two white Aylesbury ducks. Unfortunately, the two white ducks passed away before I had completed the initial sketch, so these had to be removed from the composition. The stone menagerie is a lovely water feature with pebble surround and all manner of stone fauna. The two swans look magnificent on either side, and there are several frogs and ducks dotted around, and my special favourite, Beatrix Potter’s “Miss Jemina Puddle-duck”, with her cute little bonnet and cuddly shawl at back centre-stage. A wonderful commission to be asked to do. I was also asked to arrange for the framing of the picture and to look after it until Christmas because the commissioner wished to keep it a secret from his wife until then.

Rosie and Jessie, the best of pals
But Rosie’s the boss of the animals
She bosses Daisy, the muscovy duck
Harrasses the tortoise but without much luck
They all live together in our back yard
I like Miss Puddleduck, so cute, but hard!