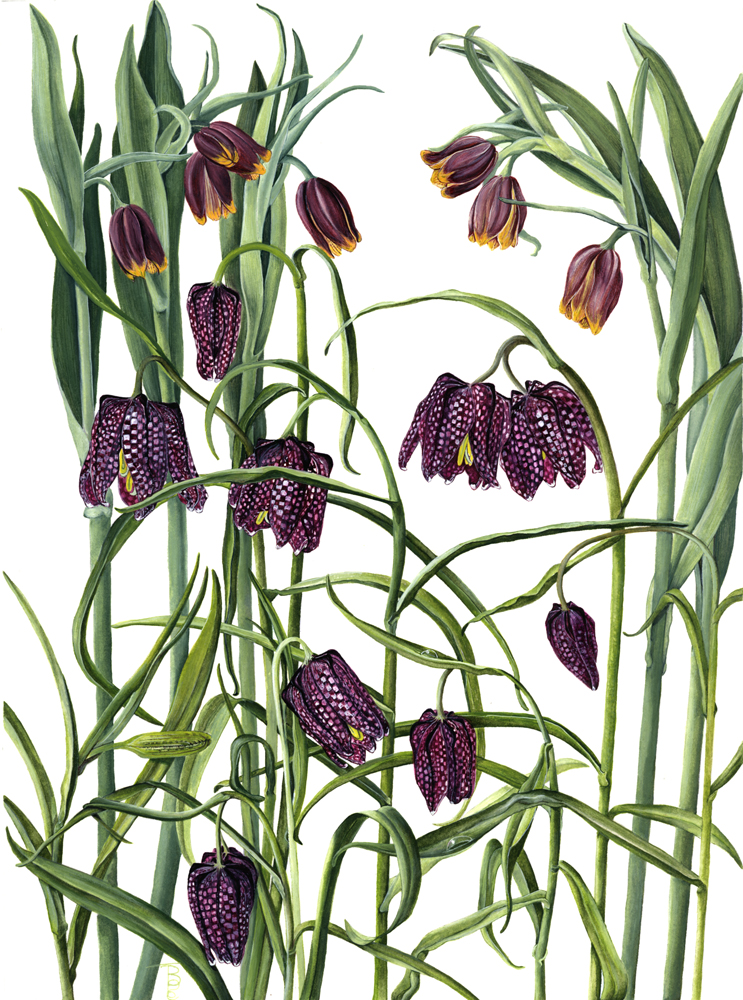 DONATED COMMISSION of winner’s choice of subject as a prize for charity.

I offered a painting (any subject) as an auction prize for a ball held to raise money for the premature baby unit at the Rosie Maternity Hospital (Cambridge), which my youngest son and daughter-in-law were helping to organize. (I felt guilty for not also helping, as I was on holiday in Spain!) The ball raised over £6,000. The winner of my donated prize decided that she would like a painting of the fritillaries growing in her garden (the original eight bulbs of which came from Scotland). When I visited, the feast of flowers dotted all over her large garden left me in awe. I was allowed to pick as many as I liked, and when I suggested that the tulip-like fritillaries would make a nice back-drop against the snakeshead ones, I picked an armful of those also. It is one of the hardest paintings I have done—but it was one very satisfied client.

The RHS so love this flora
They really like its bell-shaped aura
‘Award of Garden Merit’ gained
This hardy native flower named
With checkered pattern all bizarre
From Mauve to white this lovely flower
Grows in grass or under shrubs
Or proudly shows in giant tubs
The purple bells ‘sing’ with the lark
The white ones have a ‘watermark’
Extremely hardy, trouble-free
In splendour grow for all to see (except when the Lily beetle comes!) 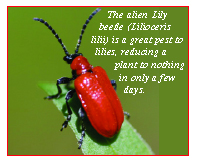