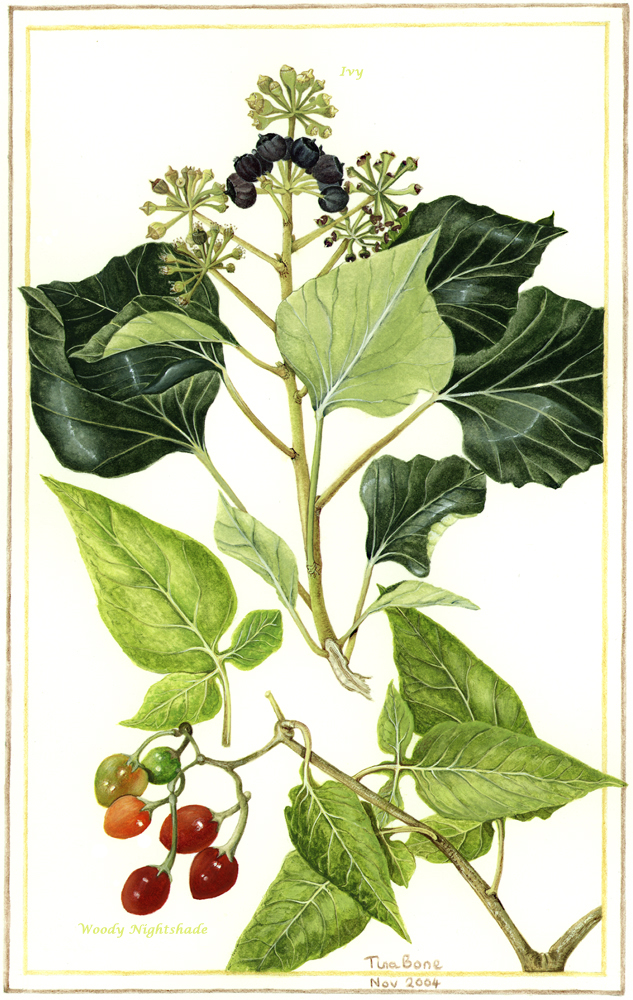 In dingy, dark November, I was perplexed by the lack of plants to paint for this month’s calendar picture. I play tennis in Cambridge, and a SSSI footpath (to Coton) runs alongside the clubhouse. So after one of my winter ‘tennis afternoons’ I searched the footpath for something to inspire me. These little gems attached to the woody nightshade stems were criss-crossing in abundance through the grass and dead plants, and the ivy appeared to be holding up the leafless trees. So they got plucked and drawn!