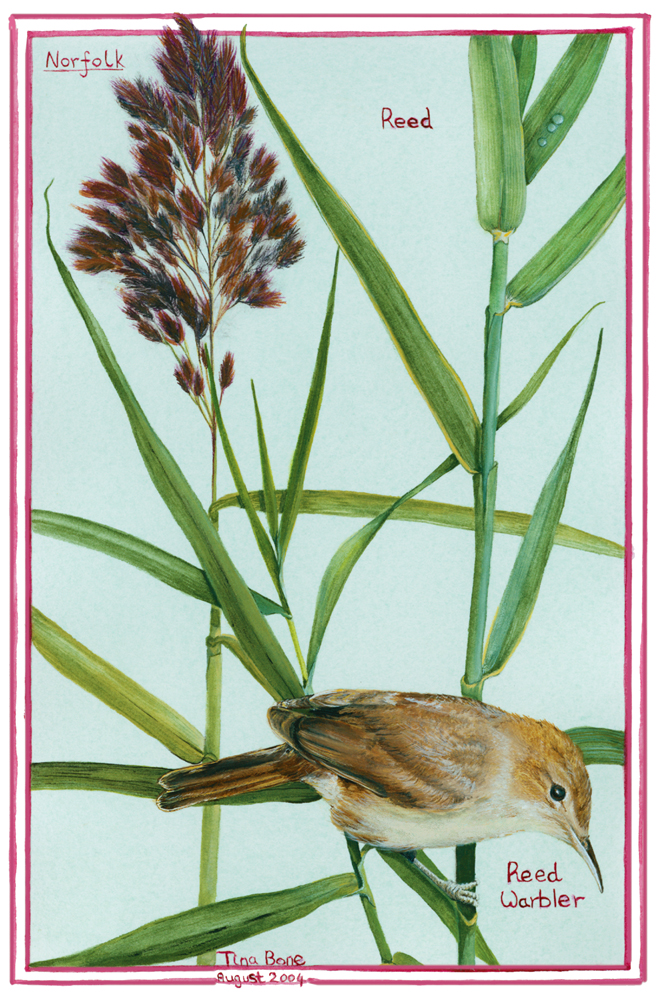 This painting was featured on the front cover of a little book about reed published by the British Reed Growers’Association entitled: The Reed by S.M.Haslam, which can be downloaded free here: http://www.brga.org.uk/files/cgi-bin/TheReedSHaslam2009.pdf

All sorts of warblers were spotted when I visited some reedbeds in the Fens, and this little bird caught my eye. At an exhibiting show in Newmarket in November 2005, I was intrigued that one lady leaned towards a print of this picture with outstretched hand and tried to touch the reed as she thought it was a real one stuck on the paper

August mists roll over bog.
A man is walking with his dog.
The reeds in gentle breezes sway.
The safest place by night and day,
for warblers who may soon be gone,
to distant lands for winter sun.