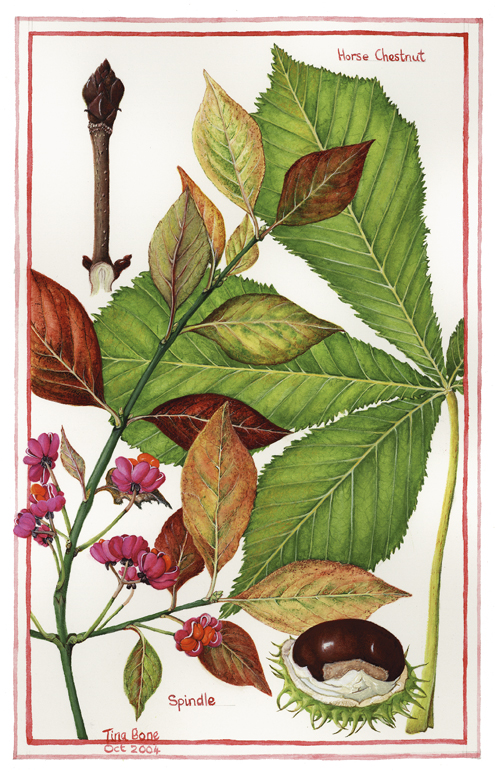 October: The horse chestnut and spindleberry are such wonderful colours. These were drawn from specimens in our local Watts Wood, named after an exuberant local councillor (Bill) who did much for the trees and other projects for the village during his long and active life of service to the local community.