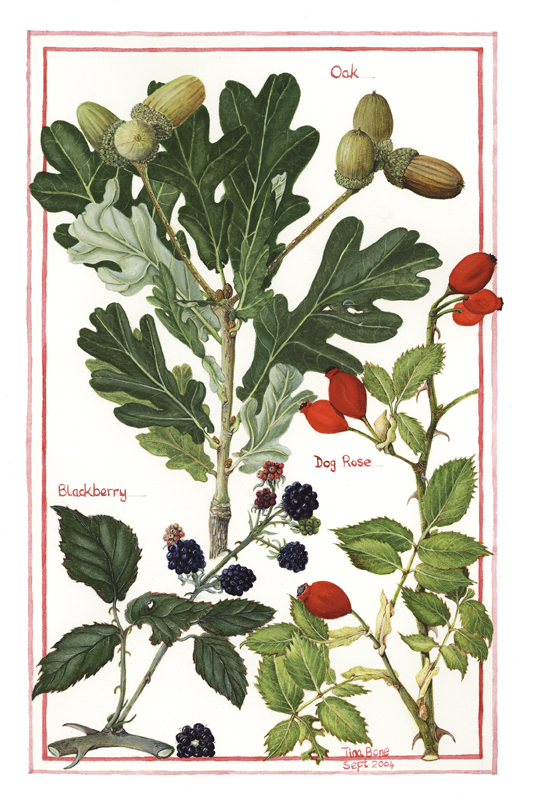 September: Oak, rosehips and blackberries, all came from in and around Comberton. This was a painting I had to finish while on a Spanish Holiday. Unfortunately, the top left hand corner of the paper got damaged during the flight. But—having put some 45 hours’ work into it and no time to re-paint because of a printing deadline, I felt it would give the original picture some character to frame it with a damaged corner.

SEPTEMBER
Autumn leaves are golden brown,
And from the trees come tumbling down
Beetles seek their winter home,
And gather goodies as they roam
Whilst birds must feed and fatten fast,
As winter all around is cast

September rolls in golden skies;
Nature’s fruits before our eyes,
glow red and black and gold and green,
the best of art you’ve ever seen.
Hoard the nuts and fruits so bold,
to brighten up the winter’s cold.