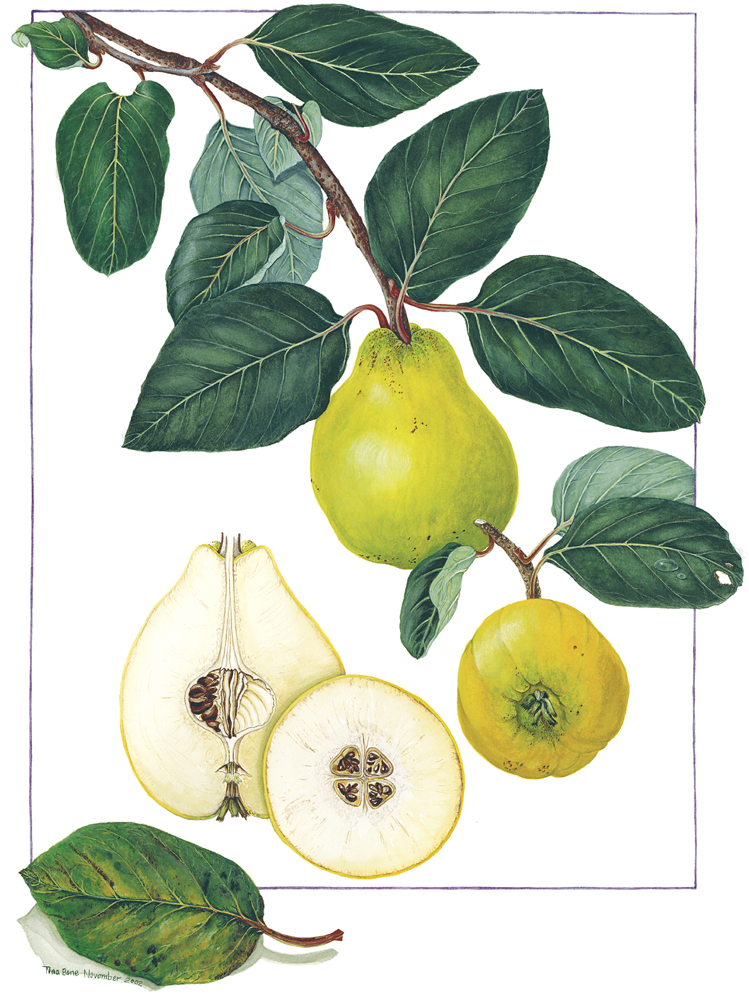 I was playing golf in late October 2002: as usual I had left the fairway. I was so busy looking for my ball in the long grass that I failed at first to spot the golden baubled fruits hanging from a Quince tree. My golf ball was nestled at its roots and when I looked up the golden pear drops dazzled me as the early morning autumn sun came from behind a cloud and showered the gems in sunlight. I sought permission to pick a branch and some fruit, to capture the weeping elegance of the branches under the weight of the ‘tantalizing’ fruit (though it is very bitter to the taste, and in Victorian meaning refers to temptation).

Golden Temptation
The language of love cannot always speak
For havoc and stress it can sometimes wreak
The Quince is a golden, beautiful fruit
But its taste, oh so bitter, is not quite so cute
But as in temptation, if you follow the trend
Although gold at first, there’ll be tears in the end.