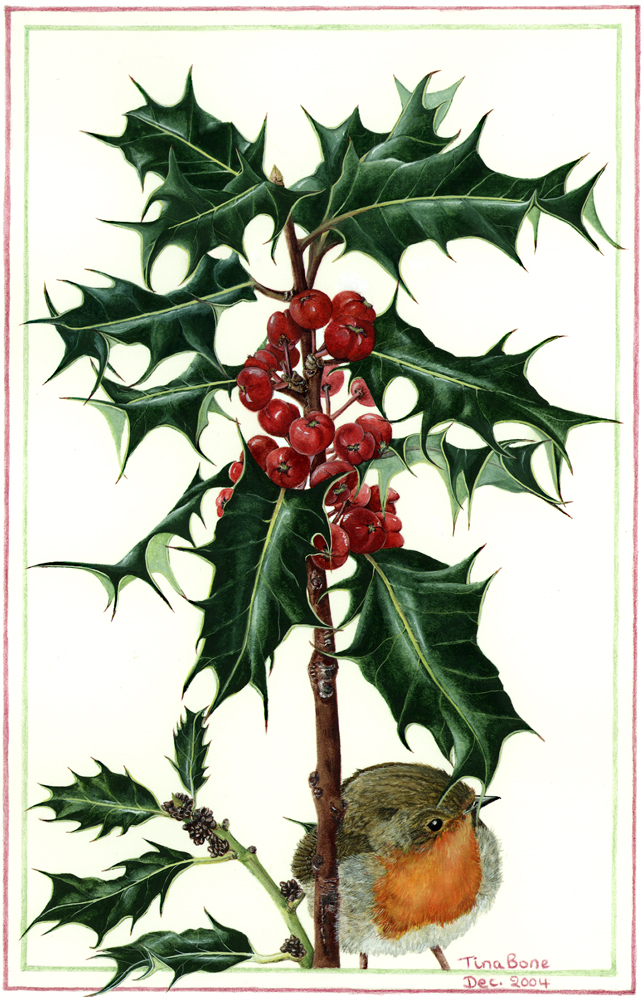 December days grow shorter still,
but even in the darkest depths,
Holly’s light shines out, protects.
A friendly robin, brave and bold,
feathers puffed against the cold,
truly gardener’s friend of old.