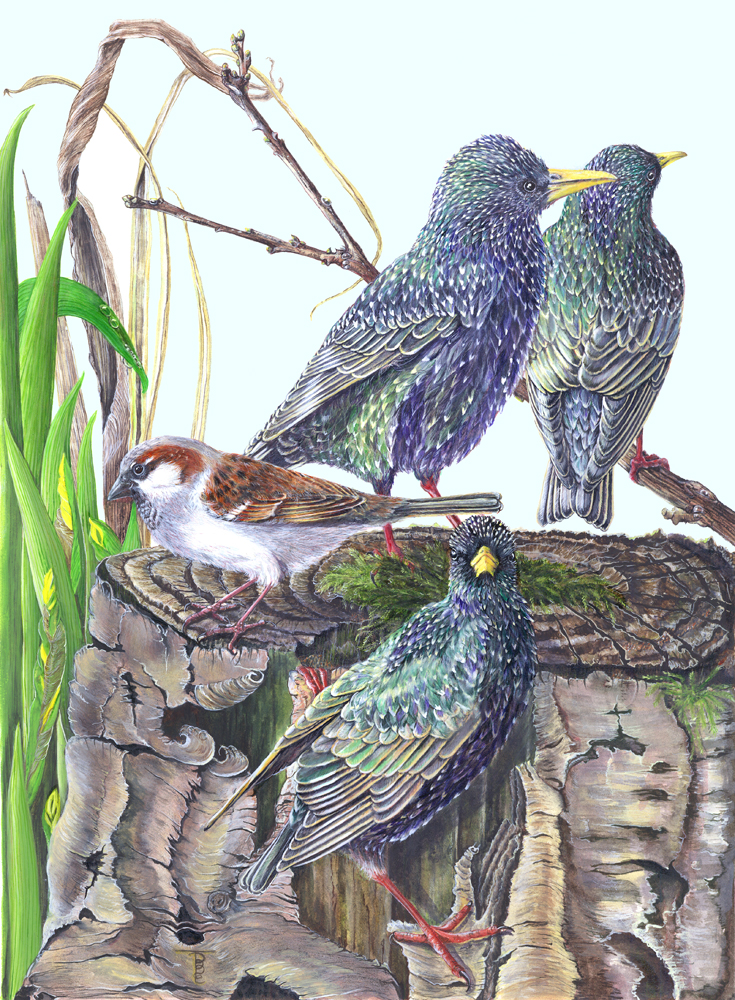 I painted this picture on and off for a couple of years. The cherry tree stump is part of the trunk of a cherry tree which was planted by my mum and dad in their garden, just down the road from me, in the early 1970s. The new owners of my mother’s house decided to chop the cherry tree down. I said that I would love to have the trunk and some branches in memory of my mum and dad, and with the help of a local farmer and tractor and trailer, and husband and three sons, the trunk was duly settled in a nice place in my little wild garden. As the picture shows, decay set in and the base of the stump became home to a number of lesser stag beetle larvae, discovered when we moved the stump to accommodate a Scots pine! The stump is now no more as it has completely rotted away. The situation of the starlings is a picture composed from two photographs I took in spring 2006. How beautiful are starlings when you really look at them? 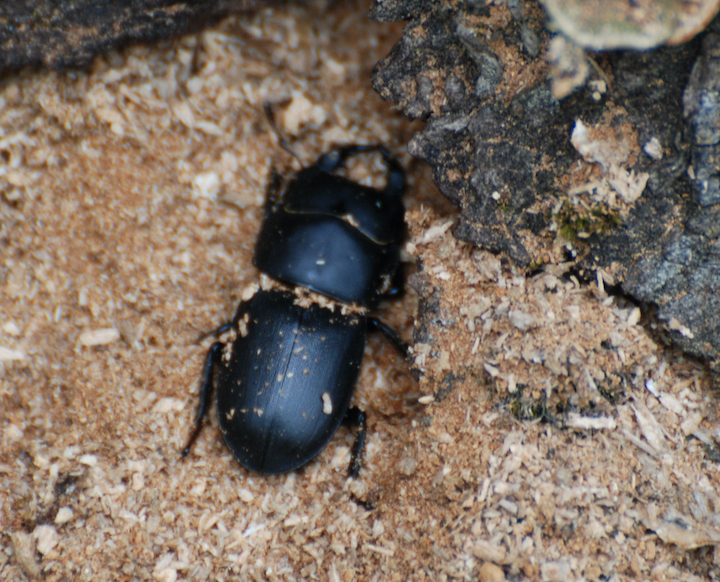 Lesser Stag Beetle which came out of Ma’s cherry tree stump. We found the big fat larvae when we moved the stump and were surprised that they still “fledged”!

As we did not know what the larvae were, we contacted Maria Fremlin who is the guru of stag beetles. We sent her some photographs and she confirmed that they were lesser stag beetle larvae and said they were a protected species. I was so glad that we looked after them in the moving of their home stump! I did have some photographs of the larvae but they have been lost. Below, courtesy of Maria is what they look like: 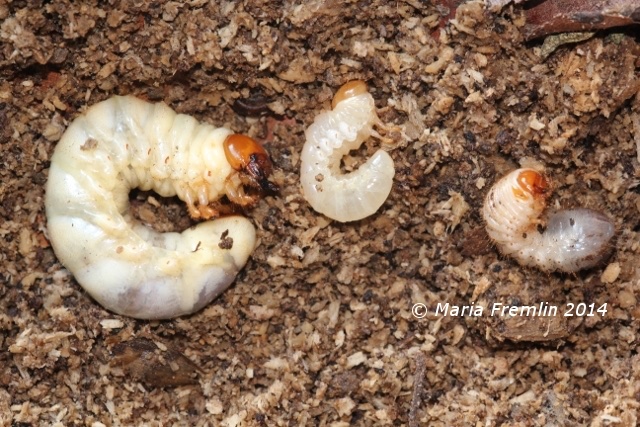 Lesser Stag Beetle larvae which chew wood and reduce it to pulp!

Posh spring coats on ma’s cherry stump
The new folks chopped the cherry down
That mum had strewn with tights of brown
To stop the birds who stole the fruit
“Get off”, she cried, “You little brute!”
I saved the logs for birds to use
My parents’ mem’ry not to lose.