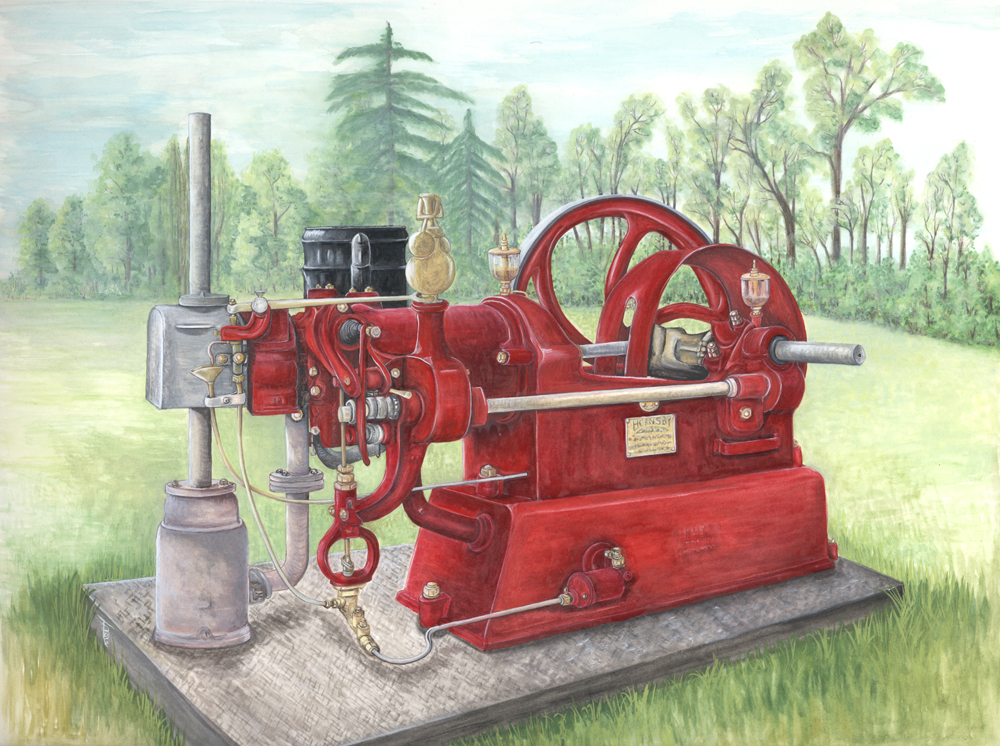 A son’s birthday present to his father. I attended the Great Gransden Agricultural Show for the first time in late September 2009 and (with permission from owners) was taking photographs of tractors as resources for future artwork, in particular a lovely vintage tractor, when a young man cornered me and asked if I was an artist, to which I replied
‘Yes’. He promptly asked if I could paint a picture of a stationary engine which belonged to his father, and which was shown regularly at steam meets. The father’s birthday was early November, so I had less than three weeks to learn about engines and produce a painting. A real challenge, but great fun! Permission given to produce Limited Edition Prints.