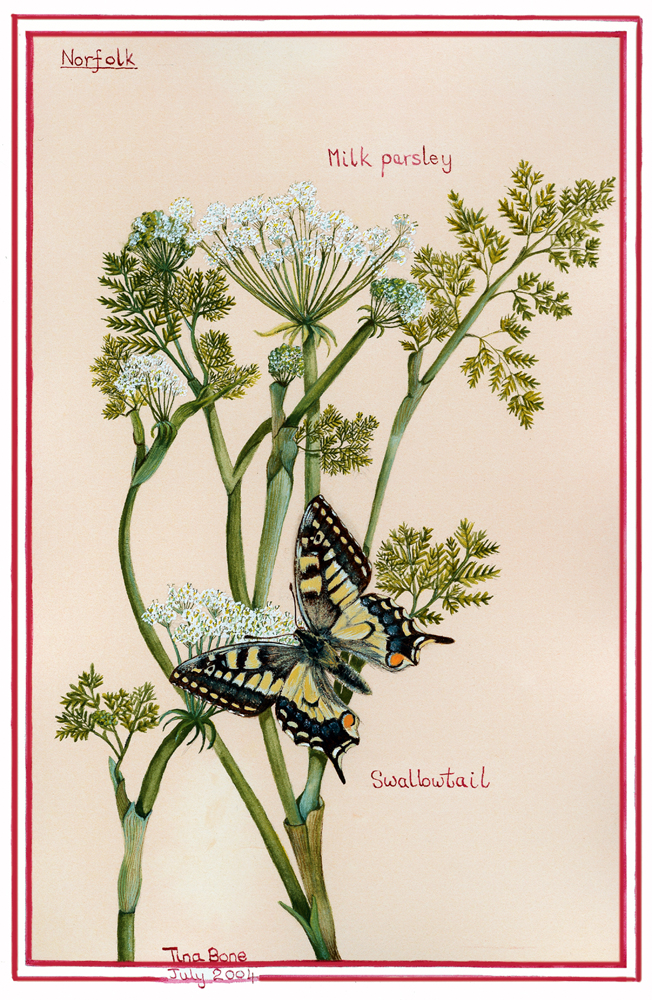 This painting was selected for the National Exhibition of Wildlife Art (NEWA) 2007.

The idea for this picture came from a holiday in Spain, as I saw my first beautiful swallowtail butterfly there. I looked up the English version on returning home only to find that it is only found in a few places in Britain. Trips to the Norfolk Broads and Wicken Fen revealed the milk parsley on which it feeds, but no butterfly. A deceased specimen as resource was all I could lay my hands on, but the beauty in life lingers after death.

In boggy fen, in sweet July,
a swallowtail may catch your eye.
But take away the fragile flora,
milk parsley and its umbelled aura;
Soon the butterfly will die,
extinction then we know is nigh.